(An interview with Noel Thomas Patton about telomeres and TA-65®)

In this interview, the Founder and Chairman of TA Sciences, Mr. Noel Thomas Patton discusses the role of telomeres, health, longevity and TA-65® with Phil Micans

PM: “Thank you Noel for taking time out of your busy schedule to talk a bit about telomeres and your unique product TA-65®. Now I don’t want to start with a controversial question! But a lot of people in the industry know that you paid a considerable amount of money to get the rights for the TA-65 ingredient/ function from California biotech company Geron Corp; what was it that excited you about the product to do that?”

NTP: “I originally got interested when I realized I was aging and I wanted to do something about it! I had learned about telomeres being the ticking clock in our cells and that an enzyme called telomerase can lengthen short telomeres. So when I heard that Geron had discovered something proven to extend telomeres, I went after it with a passion. To be quite honest, at first I just wanted to save my own aging ‘derriere’.”

PM: “Perhaps we should just backtrack for our readers; could I ask you to describe what telomeres are?”

NTP: “Sure, telomeres are the protective end caps of your chromosomes. Telomeres are made of repetitive sequences of DNA and act like the protective plastic tips at the ends of a shoelace. But with each cell division, telomeres get shorter and damaged until eventually they get too short and the cell either dies or becomes senescent. So telomere length directly correlates to the age of our cells, they are the ticking clocks of cellular aging.”

PM: “It is a scientific fact telomeres shorten with age and are associated with most diseases of aging. So what do we know now about the types of improvements we can expect if telomeres are kept in a ‘longer’ condition?”

NTP: “As you say, telomere shortening is linked to aging as well as lifestyle factors such as stress. Shortened telomeres are believed to be the root cause of a whole group of diseases named by Nobel Prize winner Elizabeth Blackburn as Telomere Syndrome diseases. Telomere Syndrome diseases include both heart disease and cancer. Theoretically, longer telomeres should lead to a longer lifespan, but more importantly, we believe that longer telomeres should lead to extending quality of life as we age.”

PM: “And has TA65 been shown to improve telomere length in humans?”

PM: “I understand that TA-65 is a single natural molecule that comes from the Chinese medicinal herb astragalus. Is it not possible to simply consume the herb or buy a low cost extract and achieve the same results?”

NTP: “There are thousands of molecules in astragalus, one of which is TA-65. Through our proprietary process, we are able to extract, refine and purify the bulk plant material so we end up with just the TA-65 molecule. Many people take a daily general astragalus supplement, but you would be lucky to find 0.01% (one hundredth of one percent) TA-65 in an astragalus extract supplement. Basically, unless you actually take TA-65, you would not get any useful amount TA-65 at all.”

PM: “You recommend different doses for different people, between 1 to 4 caps a day, can you tell us a bit about that?”

NTP: “Telomere lengths differ from person to person based on inheritance, different lifestyle factors, and age. We do have general guidelines for dosing in relation to age, but most people can benefit by taking 1-2 capsules per day. We do recommend 4 caps per day for individuals over 65 years old, but we have consumers who suspect they have shorter than normal telomeres taking 4 caps per days even in their 40’s.”

PM: “You say “suspect,” but is it possible for individuals to actually get their telomere length tested? If it is, what do you recommend?”

NTP: “There are a few tests available out there. The most important thing to know is how many ’short‘ telomeres you have, since those are the ones that put you at risk. There are three companies offering short telomere testing. The Spanish company Life Length offers a blood based test and two American companies, TelomeHealth and TelomeMe offer saliva based tests.”

PM: “TA-65 has been on the market now for several years. Have there been any side effects or contraindications noted? In particular, could you comment on the concern that since cancer cells have telomerase permanently turned on that a telomerase activator might cause or accelerate cancer?

NTP: “TA-65 has been on the market for 6 years. There have been no detrimental side effects reported. In fact, the feedback we receive has been very positive and encouraging; to hear that TA-65 is helping many individuals. Regarding cancer, there is a big difference between permanent activation of telomerase which is the situation in cancer cells and transient (short term) activation which is what happens with TA-65. As I said, cancer cells have telomerase activated permanently and that makes cancer cells immortal. You cannot make something immortal more immortal. So there is no scientific basis to support the idea that a telomerase activator like TA-65 would have an effect on immortal cancer cells. However, TA-65 has been shown to have a positive effect on the immune system and a rejuvenated, stronger immune system is important for people undergoing cancer treatment.”

PM: “One doesn’t have to look very long on the internet to find others that claim that their supplement extends telomeres- what do you have to say about that?”

NTP: “TA-65 is the only product on the market that has been proven to activate telomerase and lengthen short telomeres. In any case, if someone is thinking of buying some other product, they should first demand to see human safety and efficacy tests. As far as I know, no other product except TA-65 has been tested on humans for safety and efficacy.”

PM: “No one can deny that TA-65 remains an expensive supplement. Can you offer any advice for the individual who wants to use it to protect their telomeres without having to consume it daily? Could they combine it with other substances that may support and enhance its effects?”

NTP: “We recommend 4 caps per day for older people or those tested to have short telomeres and admittedly that is expensive. But at any age, one a day combined with a healthy lifestyle and omega 3 fatty acids can have a significant impact.”

PM: “I can imagine that you as an individual may have been using TA-65 for longer than just about anyone else. How or what difference do you feel it has made for you?”

NTP: “Blood testing has shown a positive impact on my immune system. My homocysteine levels are lower, my bone density is stronger, and my executive cognitive function is faster. My vision has improved and for the first time in my adult life I actually had to change my glasses prescription to a lower number. These are objective measurements done by third parties. Subjectively, I notice myself not getting sick as often. My sexual performance and tennis game has improved. In general I have more vitality.”

PM: “Do you believe that longer telomeres may relate to longer life too?”

NTP: “Certainly longer telomeres allow cells to live longer. And we are made up of trillions of cells. While there are no studies that have looked at human life extension for a telomerase activator (that would take decades and millions of dollars), I personally believe that lengthening telomeres can have a profound effect on the length of the human health span, the number of years we can remain active, productive, and being able to truly enjoy life.”

PM: “Thank you Noel, I think you’ve given our readers a really useful insight into this remarkable product.” 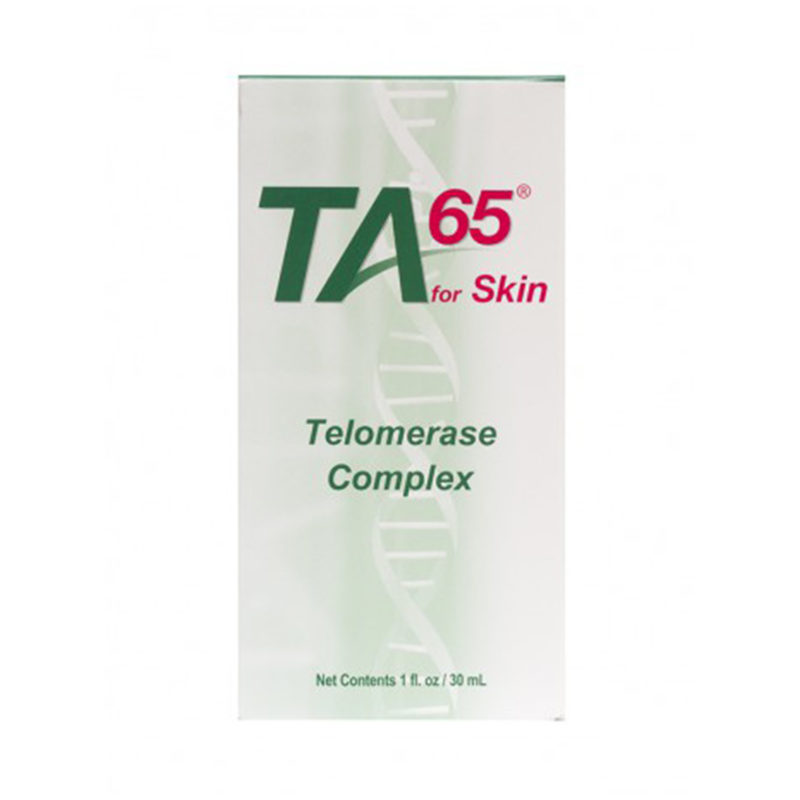 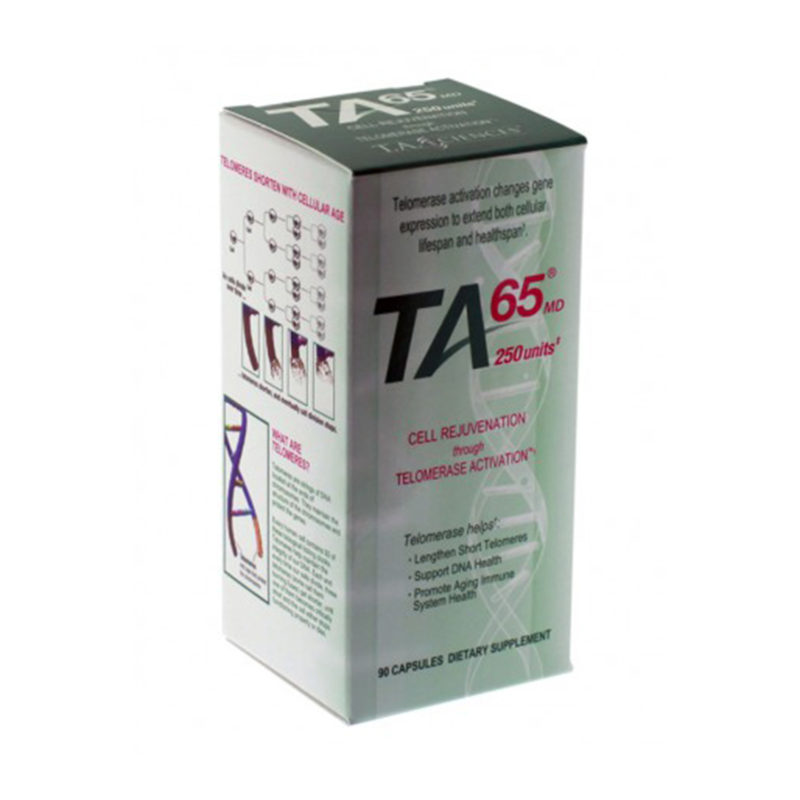 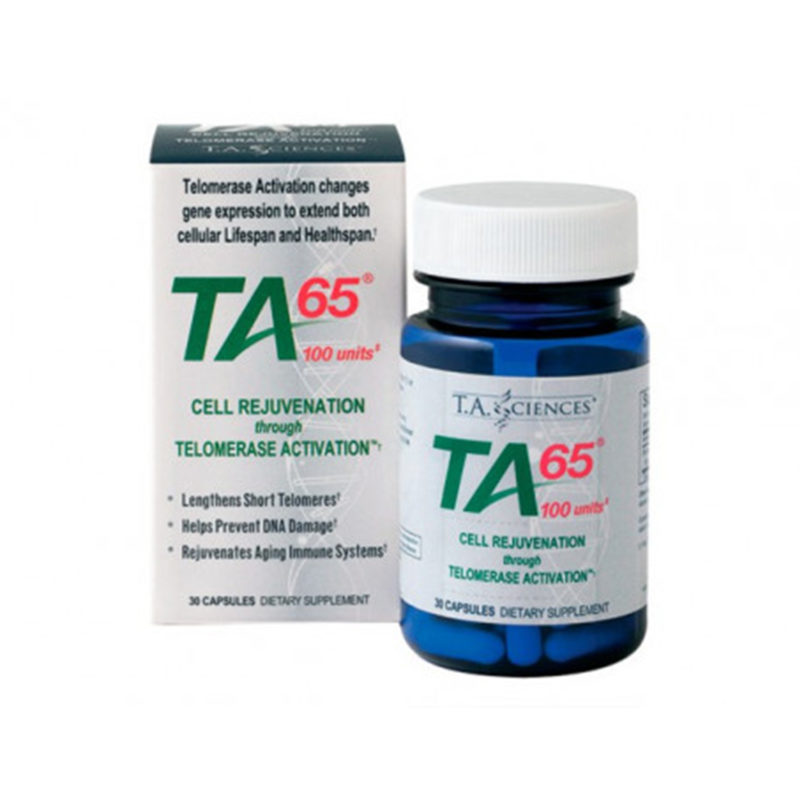