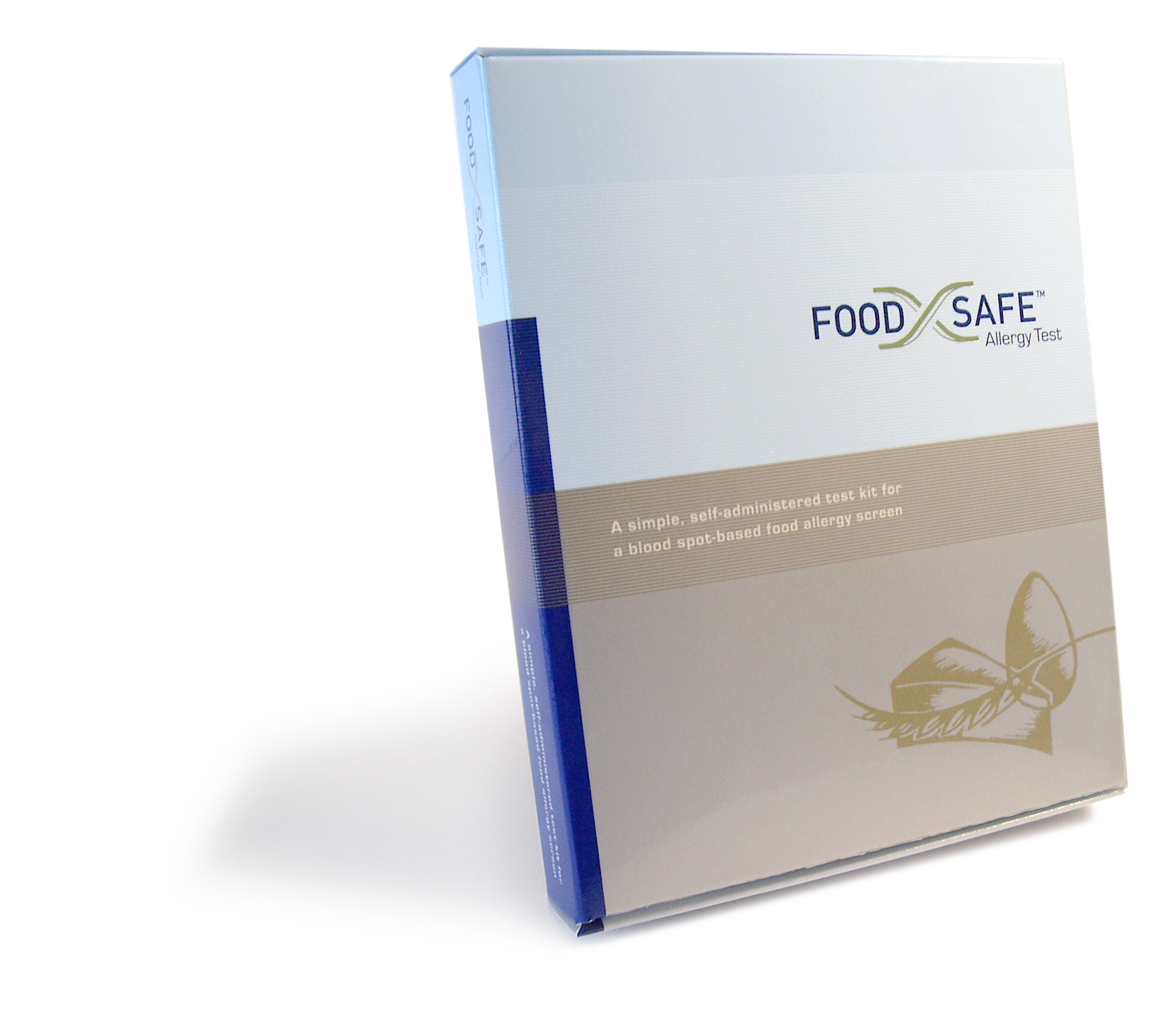 Doctors’ waiting rooms are often filled with patients complaining of vague though problematic symptoms – severe headaches that come and go; alternating GI ailments like gas, diarrhea and constipation; fatigue; joint aches and pain; eczema; psoriasis and a long list of others.

For many of these patients, physical exams and standard test results yield no conclusive diagnosis and doctors therefore fail to prescribe effective treatments to mitigate these often debilitating symptoms − symptoms which may actually be a result of the body’s reaction to a particular food that is regularly consumed in the diet.

Although most mainstream physicians recognize classical food allergies, they overlook or even dismiss the existence of another type of adverse food reaction − food sensitivity − that can cause a remarkable range of symptoms that occur hours or possibly days after consuming a particular food(s). And even a knowledgeable alternative practitioner may have trouble identifying the source of a food sensitivity; the delayed and ambiguous nature of a patient’s reactions make it difficult, if not mind-boggling, to correlate a particular “culprit” food with a particular symptom(s).

The good news is, a convenient diagnostic blood test known as the Foodsafe™ bloodspot panel is now available from IAS, enabling you to easily identify and then methodically eliminate from your diet, the triggering foods that are the source of nagging and previously unexplained ailments, so that you can finally recover your health and well-being.

What’s the Difference between Food Allergy and Food Sensitivity?

Food allergy is a well-defined and medically accepted reaction that occurs when the immune system launches an exaggerated response to a food substance that it mistakes as a potential pathogen.

Typical food allergens include milk, peanuts, shellfish, eggs, soy and wheat. Allergic reactions are often quick and can be severe and life threatening, such as acute asthma or anaphylaxis (which involves respiratory distress, swelling of the larynx, shock and potentially, death). Food sensitivity, also referred to as food intolerance, or “hidden” or “masked” food allergy, is a distinct phenomenon from food allergy and although it is often associated with GI symptoms, (1) it may cause a wide range of physical and mental conditions (2,3) (see Table).

In contrast to food allergies, which involve intense immune-mediated attacks and the release of fast-acting immunoglobulin E (IgE) antibodies against the offending food, the majority of food sensitivities result in delayed symptoms that take hours or days to develop, often come and go in cycles and range in intensity from slight to severe.

The term “food allergy” is widely misused to describe these adverse food reactions (4) which technically are not allergies. In fact, many researchers believe that most food sensitivities are independent of the immune system altogether, (1;4-6) although this is a controversial area. In food sensitivity, another class of antibodies, immunoglobulin G’s (IgG’s), in particular IgG4, is thought to mediate the characteristic postponed reactions to a particular food(s). (7)

The prevalence of true food allergy (i.e., IgE-mediated reactions) is estimated to be one to five percent of adults and four to 10 percent of children. (5, 8) Food sensitivity affects a much larger portion of the population, 15 to 20 percent, (1) and, along with food allergy, its prevalence is on the rise. (5) Because of their delayed and multicausal nature (which we’ll examine below), food sensitivities are not well understood, difficult to identify, and often overlooked and undiagnosed by conventional physicians, leading to unresolved symptoms and chronic health conditions for those who suffer from them.

Food sensitivity reactions can develop as a result of a variety of factors:

We can see that many, but not all, of these causes are related to the health and integrity of the GI system, (more on this below).

Tests used to diagnose classical food allergies cannot and should not be used to identify food sensitivities. For example, if an uninformed doctor orders one of the many blood tests for true food allergies that analyze for IgE antibodies against food antigens, the patient suffering from delayed IgG-related symptoms will go undiagnosed. However, for the knowledgeable practitioner, there are currently two methods available to identify food sensitivities.

One widely used simple diagnostic test consists of food exclusion followed by food challenge. (1, 2, 7) In this test, a patient removes a suspected offending food from the diet for a few weeks in order to evaluate symptom improvement. If symptoms resolve, the next step is to reintroduce the offending food (known as “food challenge”) which can then “unmask” the individual food sensitivity- if symptoms reappear. Removing the identified reactive food(s) from the diet has been shown to relieve many difficult-to-treat medical problems. (2) But while food exclusion followed by food challenge is simple and inexpensive (actually, no cost), it is tedious and time-consuming, since it could take up to one month to identify just one suspected food. And dozens of foods − and even combinations of foods − may potentially need to be tested, which could take months or even years, an unacceptable amount of time to suffer while waiting for a positive determination.

In the Foodsafe™ assay, a known antigen is attached to a solid surface and a solution containing a sample of the patient’s blood is added. IgG antibodies in the patient’s blood then bind to the antigen. A second “detection” antibody labeled with an enzyme is introduced. The enzyme-linked antibody then binds to the IgG antibody/antigen complex, creating a detectable color change that can be quantitated to determine the levels of IgG antibodies in a patient blood sample. Researchers consider immuno-enzymatic IgG analysis the “most relevant test for intolerance diagnosis,” (6) with the capacity to quickly and efficiently determine reactive foods, (i.e., those foods that provoke elevated IgG4 levels) which can then be eliminated from the diet, or consumed less frequently in a rotation diet, leading to resolution of symptoms and improvement of health.

The Foodsafe™ test measures IgG4 antibody levels to a panel of 95 different foods from the categories of dairy, meat, fish, shellfish, vegetables, grains, fruits, nuts and miscellaneous items, (such as chocolate and honey).

The test is convenient – blood samples can be take at home (or in a doctors’ office, if desired) without the need for venipuncture, but rather by;

The patient can then use these results to tailor his or her diet to exclude highly reactive foods and rotate (i.e., consume no more frequently than once in four days) moderate risk foods. 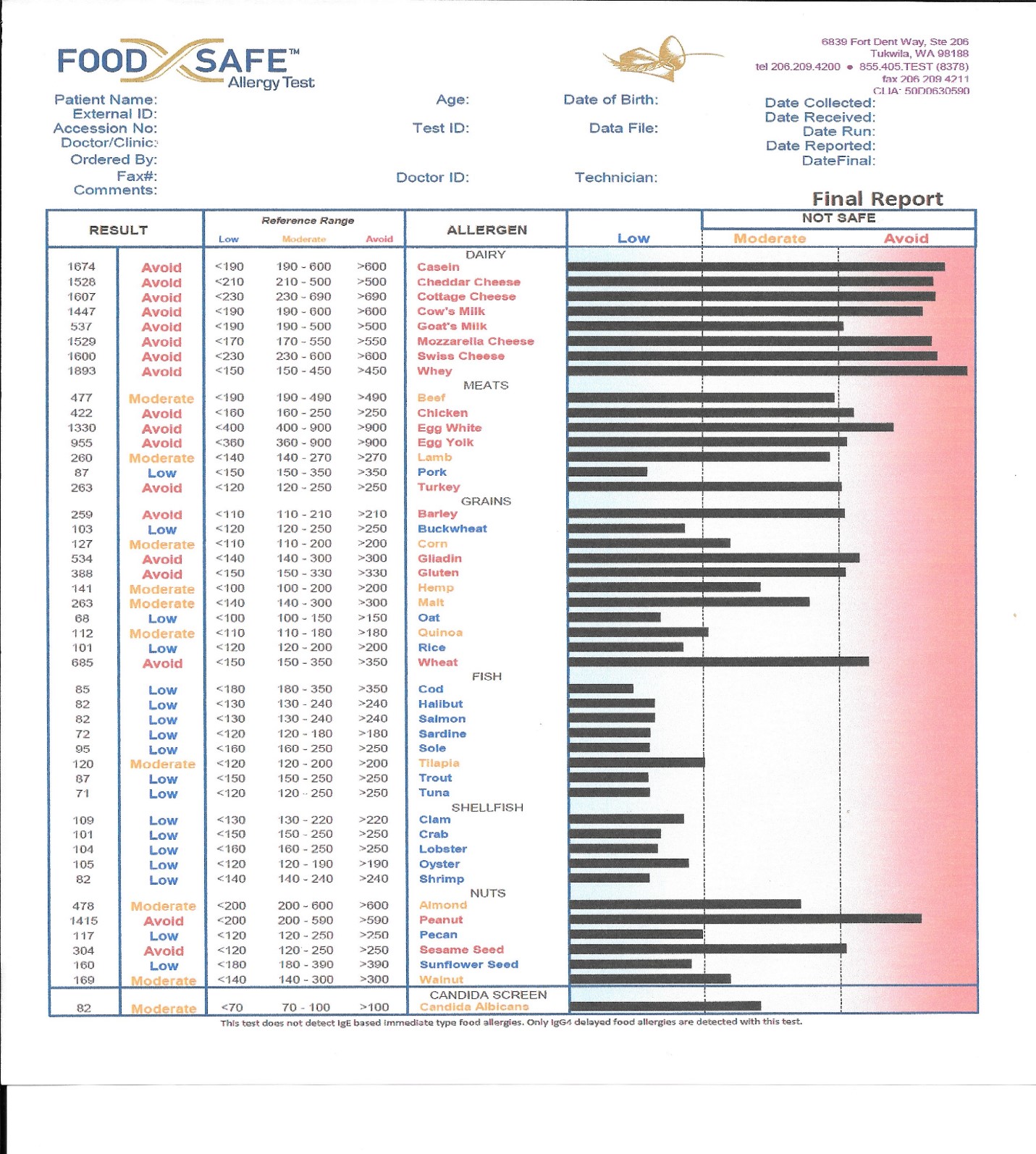 Figure 1: The first page of a sample Foodsafe™ patient report clearly showing by bar length, which foods the patient is low, moderate or sensitive to.

Several clinical studies on various disorders in which food sensitivity is a precipitating factor have demonstrated that IgG testing followed by dietary exclusion is an effective therapeutic strategy, as we’ll see below.

Here are highlights of some studies which used the enzyme-linked immunosorbent assay for IgG antibody analysis followed by dietary exclusion of reactive foods, (i.e., those foods which produced the highest IgG levels in the blood):

These studies demonstrate that food elimination based on IgG antibody testing is an effective and targetedapproach to reduce the symptom severity of migraines, Crohn’s disease and IBS. Other conditions in which food elimination has proven successful in alleviating sensitivity-related symptoms, such as arthritis, asthma and a range of others outlined in the table, would undoubtedly benefit by using IgG testing to efficiently pinpoint problem foods.

Now, you can use the Foodsafe™ test − the same immuno-enzymatic method used in clinical studies − to identify and then remove from your diet the “culprit”foods that provoked your previously unexplained symptoms.

Consistency is crucial; relaxing your customized diet will likely result in the recurrence of symptoms, as we saw earlier (i.e., the IBS study on 150 patients (14)). Keep in mind that you may not need to remove problem foods permanently. After an elimination period of eight to 12 weeks, you can try to slowly reintroduce reactive foods one at a time and note your response. If the particular food does not trigger symptoms within four days, it can be added to your rotation diet. If symptoms recur, eliminate it for eight to12 weeks, then try to reintroduce it, if desired. And you can promote the success of your tailored meal plan by enhancing your GI health, since; as we saw earlier, many of the factors that lead to food sensitivities involve the integrity of the GI system.

Following these suggestions while implementing your individually designed diet according to the Foodsafe™ test’s results; is an invaluable strategy for resolving chronic symptoms and improving your overall health. 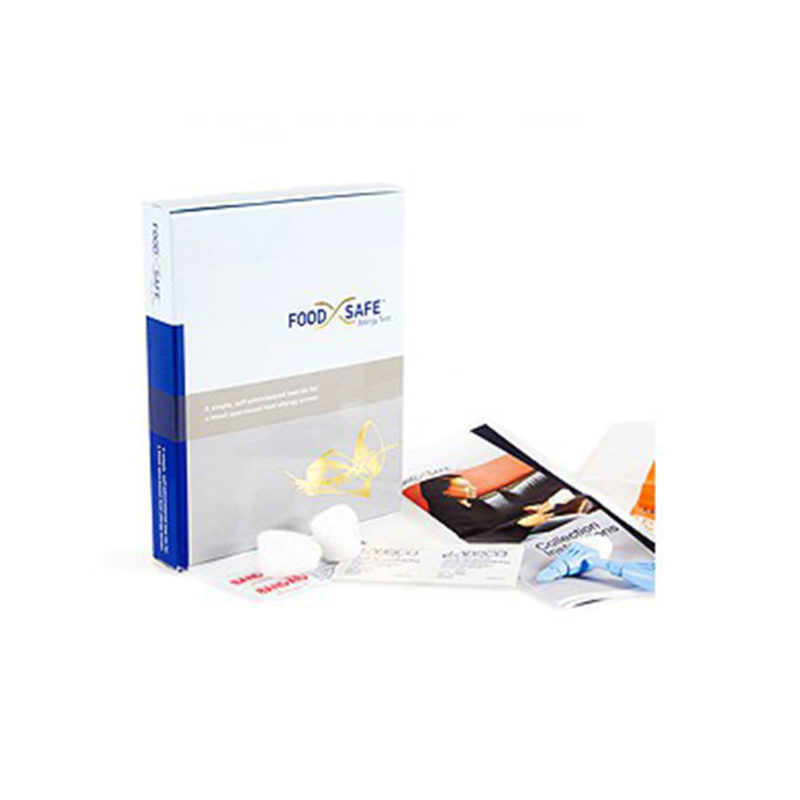