ATP – The Energy of Life

This article is reprinted with kind permission from New Millennium Guide To Anti-Aging Medicine. This up-to-date guide looks at 40 of the most important drugs, hormones and nutrients that are being used to treat and prevent the aging disease. We highly recommend it and copies are now available from IAS at $19 each.

Adenosine Triphosphate (pronounced A-den-o-sign Try-foss-fate) or ATP is perhaps the most fundamental of all biomolecules. It is related to DNA and RNA and it represents the universal energy molecule, in a very real sense ATP is the power behind life.

The Power behind Life

In essence energy arrives from the Sun, but humans are unable to convert it directly to run metabolic processes. Therefore, we depend on photosynthesis to convert solar energy into chemical storage (in the form of carbohydrate). Through catabolic metabolism, carbohydrate is converted into the energy currency of ATP.

ATP is a nucleotide consisting of adenine, ribose (a sugar) and a phosphate unit and it is the principal carrier of energy for all forms of life. ATP is estimated to provide 95% for all cellular energy throughout the body.

The importance of the role of ATP cannot be overstated. Perhaps that’s one of the reasons why in 1997 the Nobel Prize for chemistry was awarded to; Dr. John Walker of the Laboratory of Molecular Biology, Cambridge, Dr. Paul Boyer of the University of California, Los Angeles and Dr. Jens Skou of the Aarhus University, Denmark for their detailed work on how ATP shuttles energy.

ATP and the Mitochondria

ATP is created inside the “fiery furnace” of tiny sausage shaped cells that are called mitochondria. The mitochondria can be found in every cell of every organ, but they are perhaps “hardest at work” inside the brain. This isn’t perhaps a surprise when one considers that the brain utilizes on-average 20% of the oxygen we breathe and 50% of the sugars we ingest in its ever constant demand for energy.

The Dangers of ATP Production Problems

The brain is unable to store ATP and the mitochondria are unable to “share” ATP from other organs mitochondria. It is estimated that the demands for an “average” resting human are 40Kg (88 Lbs.) of ATP per 24-hours! During strenuous activity this demand increases to 500g (1.1 Lbs.) per minute!

Yet while ATP serves as the energy current for all cells, its quantity is very limited. In fact, only about 70mg (3-ounces) of ATP are stored in the body at any one time! Therefore, during strenuous activity, such as fast running, ATP supplies would last for no more than 5 to 8 seconds!

It becomes immediately apparent that ATP must be constantly and effectively synthesized to provide a continuous supply of energy. Perhaps it’s not surprising then, that when an interruption of the energy producing substances (such as oxygen or blood carrying nutrients) occurs, (such as a heart attack or stroke) that as the production of ATP is effected a cascade of free-radical damage begins.

Recent research indicates that it may be an ATP-imbalance, (the result of damage to the neuronal support [glial] cells, or to the mitochondria themselves under ischemic and hypoxic conditions such as those mentioned above) that leads to increased neuronal cell death.

However, even “minor” oxygen and blood starvation events, such as those that may not present themselves as serious disorders but may be attributed to an aging condition, could lead directly to temporally lobe epilepsy (a mild form of epilepsy).

Furthermore, we can consider that such events also have a consequence for the onset of multiple sclerosis itself.

Around the world ATP supplements have been and are being used in all the following conditions:

Even if one were never to suffer a heart attack or stroke or other debilitating disorder, ATP production would decline with increasing age.

The mitochondria in their very process of producing ATP generate a lot of free radicals. Free radicals over a life-time damage cellular components which of course leads to decreased efficiency.

Another reason may be nutritional. Several components are utilized in the ATP production cycles including NADH (the vitamin B3 co-enzyme), Co-enzyme Q10, Acetyl-L-Carnitine and the B-vitamins. Maybe their long-term imbalances and deficiencies give rise to ATP production loss and further damage and decline that impairs the energy production cycles?

Whilst the authors could find little specific clinical studies to support ATP supplementation and aging, there is no doubt that ATP is a vital component of life.

It appears to be a logical step that ATP supplementation can aid and assist in improving energy levels and help support conditions such as chronic fatigue, multiple sclerosis and similar disorders where neuronal glial cells and mitochondria are especially at-risk.

We’ve heard from a number of patients and health professionals that ATP supplementation, particularly in the form of sublingual or injectable (oral forms are probably of little use since most is destroyed in the stomach) can be highly beneficial for those who feel permanently weak, tired or lacking zest (i.e. chronic fatigue).

Dosages, Side Effects and Contraindications

It is noted that patients with either pulmonary hypertension or myocardial infarction must not use this ATP if the disease is in its acute phase.

With injections side effects at dosages of 2-4 cc per day have been limited to hot flushes and rash/ discomfort at the site of the injection.

With sublingual products headaches have been known to occur at very high dosages. Other than this ATP appears to be a very safe and satisfactory supplement.

Whilst dosages have to be altered according to the age and condition of the patient and the wish of the outcome required, it is generally considered that the following dosages are effective in 90% of cases:

By injection: 2-4 c.c. daily by deep intramuscular injection (or by intravenous injection when dissolved in a glucose serum).

By sublingual absorption (under the tongue): 30mg to 90mg per day taken in three divided doses (i.e. 1x 10mg to 3x 10mg three times per day). It is important to ensure that the product is absorbed through the mouth membranes and not swallowed. 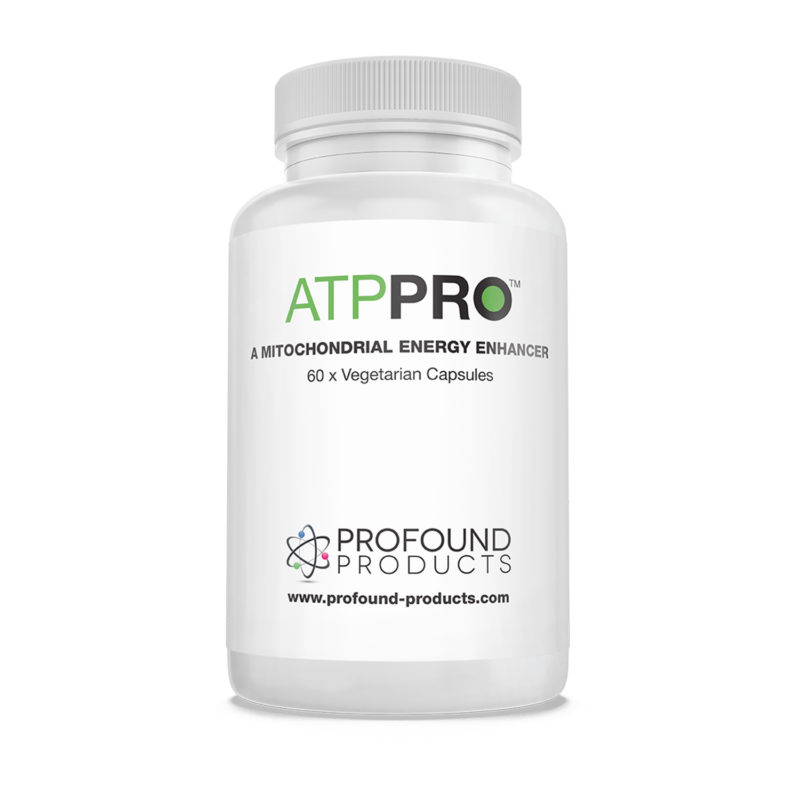