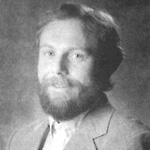 Mr. South was a biochemist who for over 25-years “experimented” on himself with cutting-edge products. The author of numerous articles and newsletters, including being the Editor-in-Chief of the much respected Optimal Health Review, Mr. South was deeply involved with international research and was responsible for many of the leading nutrient formulations in the United States. He often appeared on radio talk shows and many people considered that James South was one of the greatest authorities regarding nutrition due to his professional knowledge, training and personal experiences. Mr. South died in 2006.

Mild Silver Protein and its Effectiveness Against Internal and Topical Infections

NADH, The Body And Mind Energizer

Tired of Being Tired?

The Mitochondrial Theory of Aging

Aging and Immunity by James South