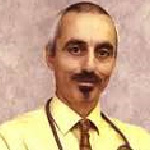 Dr. Kyriazis is an antiaging physician based in the UK and Cyprus. He has a postgraduate qualification in Gerontology from the King’s College, University of London, as well as a postgraduate qualification in Geriatric Medicine, granted by the Royal College of Physicians. He is also a Chartered Biologist for work in the biology of aging. He has written extensively on longevity, healthy human aging and antiaging matters both for scientists and for the general public. He is the founder and medical advisor to the British Longevity Society and an expert on carnosine. His book: ‘Carnosine and Other Elixirs of Youth’ is one of his many publications.

The Role of Glycation in Aging