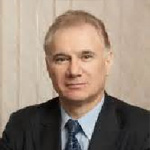 Professor Khavinson is the former President of the International Association of Gerontology and Geriatrics, (European Region) and Head of the St. Petersburg Institute of Bioregulation and Gerontology. His extensive work conducted over decades, (which was originally begun under the orders of the Kremlin when he was Colonel in the Army Medical Corp), has led to the discovery that short-chain peptides are gene-switches; unsurprisingly this work has seen him nominated for the Nobel Prize in Medicine.

Peptide bioregulators in sports and space

Influence of Peptide Bioregulators on Morphology of Parenchymatous Organs

The role of peptide bioregulators interview with Vladimir Khavinson