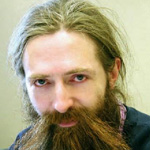 Dr. de Grey is the Chief Science Officer of the SENS Foundation and perhaps the most high profile of the current generation of academics and researchers dedicated to combating the process and consequences of aging. He is a biomedical gerontologist based in Cambridge, England. He received both his BA and Ph.D. from the University of Cambridge in 1985 and was originally a computer scientist, before transferring into the field of Biogerontology.

SENS stands for Strategies for Engineered Negligible Senescence, which is the both the name of his foundation and the seven step plan he has developed for addressing the damage accumulated during the aging process. He is also Editor-in-Chief of the peer-reviewed journal Rejuvenation Research and sits on the editorial and scientific advisory boards of numerous journals and organisations including the Gerontological Society of America and the American Aging Association.