Ed.- We are grateful to Dr. Mason for providing us with this update about the eugeroic drugs- adrafinil and modafinil. It is extracted from the New Millennium Guide To Anti-Aging Medicine, which can be purchased from IAS and contains 40 of the most important and validated Anti-Aging Medicines.

Eugeroic simply means “good arousal,” but eugeroics form a unique class of drugs, which contain only two at present, those being adrafinil and modafinil, (both of which have been developed by Lafon Laboratories of France).

The basis of their uniqueness lies in their ability to only “stimulate when stimulation is required.” As a result, the “highs and lows” associated with other stimulants such as amphetamine, are absent with eugeroics.

Their initial use often produces comments such as, “I can’t tell any difference.” But it is only several hours later, when one realizes that attention and awakeness are the same as earlier, that one is made fully aware of their benefit.

Eugeroics have been designed to treat narcolepsy (sleeping in the day), hypersomnia (excessive sleep) and cataplexy, (a condition of sudden muscular weakness or fatigue).

Yet eugeroics don’t affect normal sleep patterns, nor are they addictive and they have far fewer side effects than the current prescribed stimulants.

One study, (5) on rats suggested that one possible vigilance enhancing property of modafinil was its ability to inhibit the release of GABA, through an action on 5HTP serotonin receptors. However, the doses used were far higher than normal therapeutic doses. So meanwhile, most clinical studies point to modafinil as a unique and highly selective agonist of brain postsynaptic receptor sites called, alpha-1 adrenergic (1,2,7,8,9,10).

These alpha-1 sites are receptive to the neurotransmitter- Norepinephrine (NE). The central function of NE is a fairly recent discovery, it appears to regulate alertness and the waking/ sleep cycle and has a role in the maintenance of attention, memory, learning, cerebral plasticity and even has neuro-protection qualities (2).

Central nervous stimulants (CNS), such as amphetamine or pemoline are the most widely used drugs to treat narcolepsy, hypersomnia and cataplexy, but these have a number of well documented problems, particularly cardiovascular side effects, interference with sleep, psychiatric disturbances and addiction.

Two studies, (3,10) directly compared the affects of modafinil and the “classic” stimulant, d-amphetamine on sleep. Both double blind controls involved about twelve individuals, one study was undertaken with individuals whose mean age was 68, the other on much younger volunteers. They utilized 100mg or 200mg of modafinil, or 10mg or 20mg of d-amphetamine, or a placebo. All the drugs were administered orally and sleep scales, awakening quality and psychometric tests were completed in the morning.

The outcome of both tests showed that d-amphetamine caused a dose dependant impairment of sleep maintenance, but modafinil did not. Here in lies a problem for those who have difficulty staying alert and awake during the day. The use of “classic” stimulants, such as amphetamines, threatens to reduce total sleep time and REM sleep, and this will ultimately mean higher and higher doses are required, thus creating a vicious circle.

On the other hand, modafinil has not been shown to interfere with night time sleep, thus clearly indicating that the two compounds operate by different methods.

Numerous studies on animals since the mid 1980’s, have confirmed the ability of modafinil to increase awakeness and alertness, without serious side effects, or dependency.

One test on rats, (4) produced an interesting result. The researchers discovered that modafinil decreased feeding and thereby reduced body-weight! The amounts of modafinil required were not dose dependent and there was no alteration in the drink-feed ratio. Their conclusion was an interesting reference to the possible mechanisms that underlie the relation between sleep, feeding and metabolism.

Various human trials have concentrated upon modafinil as a therapeutic agent to help maintain alertness and vigilance. A noteworthy conclusion of one clinical trial, (10) compared modafinil to amphetamine and described amphetamine as “vigilance increasing,” but modafinil as “vigilance promoting.” This is an interesting comment because as we’ve seen, modafinil won’t prevent a person from sleeping if they want to, but if they wish to remain awake, they will do so with a far greater degree of alertness.

This was borne out in one clinical trial, (11) where volunteers were subjected to 60 hours of sleep deprivation! During their continued wakefulness, their vigilance was assessed using questionnaires; analogue visual scales and sleep latency tests. The subjects received either 200mg modafinil, or a placebo every 8 hours. The modafinil group sustained a satisfactory level of vigilance with an absence of sleep episodes, unlike the placebo group who gradually declined and slipped into “micro-sleep” episodes, (as one might expect when awake for longer than 24 hours)…

A French study, (9) conducted over 3 years, discovered that modafinil reduced drowsiness in 83% of hypersomniac patients and 71% of narcoleptics. Modafinil did not produce peripheric side effects, disturb night sleep and it was never responsible for drug dependence.

Another French study conducted with 149 patients over a period of 2 years, (13) treated patients with narcolepsy-cataplexy at 200mg to 400mg daily. The patients were then asked to score the benefit of modafinil themselves, from 0 (no affect) to 3 (excellent affect), 64.1% of the subjects scored it as excellent.

An earlier study, (17) with 123 patients, (which also included those suffering with hypersomnia), the physicians evaluated the patients on a scale of 1 (no affect) to 4 (excellent affect). The results? 17% excellent response, 63% good response, 17% fair and 3% no affect. The incidence of side effects were minimal, (14 of the 123 patients had side effects, 11 of whose side effects disappeared when doses were reduced).

These results have been repeated in a number of smaller clinical trials, (8, 12, 14, and 15) and confirm modafinil’s excellent response to treating individuals suffering with narcolepsy, hypersomnia and cataplexy. Its efficacious use, in conjunction with a virtual absence of side effects, non-contraindication with normal sleep patterns and lack of drug dependence, certainly indicates that eugeroics are a breed apart from conventional stimulants.

It is fascinating to see that several countries armed forces have studied and indeed use, (sic) modafinil for military operations.

The use of stimulants to keep troops awake and alert is not a new one. It is known that British troops used them during the Falklands conflict and that USAF aircrews took amphetamines during the Libyan air strikes.

The French government even admitted that its crack Corp- The Foreign Legion- used modafinil for covert operations inside Iraq, during the Gulf war.

In-fact, Professor Michel Jouvet, an authority on sleep, claimed during an international defense meeting in Paris that, “modafinil could keep an army on its feet and fighting for three days and nights with no major side effects.”

Not surprisingly then, we have heard that modafinil is in use in some sections of the Belgian, Dutch and US airforces.

Dosages and Side Effects

Side effects in continuous studies of therapeutic dosages of modafinil, lasting 3 or more years have been minimal and usually noted as nothing more than headache or nausea (17, 18). In rare cases there has been hyper-salivation (19) and moderate tachycardia (increased pulse rate- 20), this probably accounts for modafinil’s instruction sheet, which states that those suffering from a heart condition must consult their physician before use. However, blood and pulse rates usually remain unchanged at normal therapeutic doses. In-fact, a suicidal 21-year-old female who ingested 4500mg demonstrated the relative safety of modafinil. Her side effects were limited to tachycardia, excitation and insomnia (9). As is common with most drugs, modafinil should not be used by those with serious liver disorders, nor those women who are pregnant or nursing.

The official insert for the modafinil package remains unclear as to the precise drug contraindications, but as it is an alpha-adrenergic agonist, those drugs that represent alpha-adrenergic antagonists should be avoided. These include prazosin, phentolamine or beta-blockers such as propranolol (Inderal ®).

Furthermore, drugs that enhance norepinephrine activity, (such as yohimbine) should only be used with care, as there may be a synergistic affect. Adrafinil is noted as contraindicated with epilepsy and has been shown to enhance the potency of anti-epileptic drugs such as phenytoin, (Dilantin ®/ Epanutin ®). Although this isn’t mentioned in any of the modafinil literature we have read, it is best being advised of.

As for dosages, there seems to be little difference in doses and more importance is placed upon regular administration (12). Those who simply wish to remain awake and alert will benefit from a single 100mg dose. To remain “on-call” all day, 100mg in the morning and another 100mg in the afternoon is probably all that is required. For those wishing to remain awake during the night, then another 100mg in the late evening, (in other words approximately every 8 hours).

Dosages for those suffering from narcolepsy, hypersomnia and cataplexy are 100-200mg morning and afternoon. Some of the doses in trials have been as high as 600mg to 700mg daily, (9) although doses over 500mg daily may cause euphoria, slight motor excitation or even insomnia!

At first glance there may appear to be little difference between the two. It is true that modafinil is more potent, “average” doses of adrafinil are in the region of 600mg to 1200mg daily, compared to modafinil’s 200mg to 400mg daily and this is self evident by the respective tablet sizes.

However, if one were to compare adrafinil and modafinil on price alone then adrafinil would win hands down! So the question must be asked, why did Lafon produce a newer analogue of adrafinil?

The answer probably lies in two parts. Firstly, it is thought that adrafinil may not be such a highly selective alpha-1 adrenergic as originally thought and may also affect other alpha receptors, (albeit in a minute fashion).

Secondly, adrafinil is attributed to some other possible side effects that have not been associated (to date) with modafinil, including, stomach pain, skin irritations, inner tension and in long term use, (over 3 months usually), an increase in liver enzyme levels, (which is reversible by reduction or withdrawal). It is our guess that it is the last potential side effect that lead to the development of modafinil. Clearly, continuous adrafinil use would require regular blood testing to monitor liver enzyme levels, and this is obviously inconvenient to those patients who need to use eugeroics on a regular basis.

As none of the clinical reports we have read indicate any such problem with modafinil, it would appear that the analogue has achieved its desired aim.

Safe as Caffeine, Strong as Amphetamine?

We were going to reiterate and condense the above article into a few lines, but the conclusion of the Aerospace Medical Association article, (16) on modafinil was so good we will leave the last words to them.

“The development of modafinil brings to light a crucial social question. What would be the impediment for its use, if a compound such as modafinil is more like caffeine than amphetamine in terms of safety, and yet, as effective as the amphetamines?” 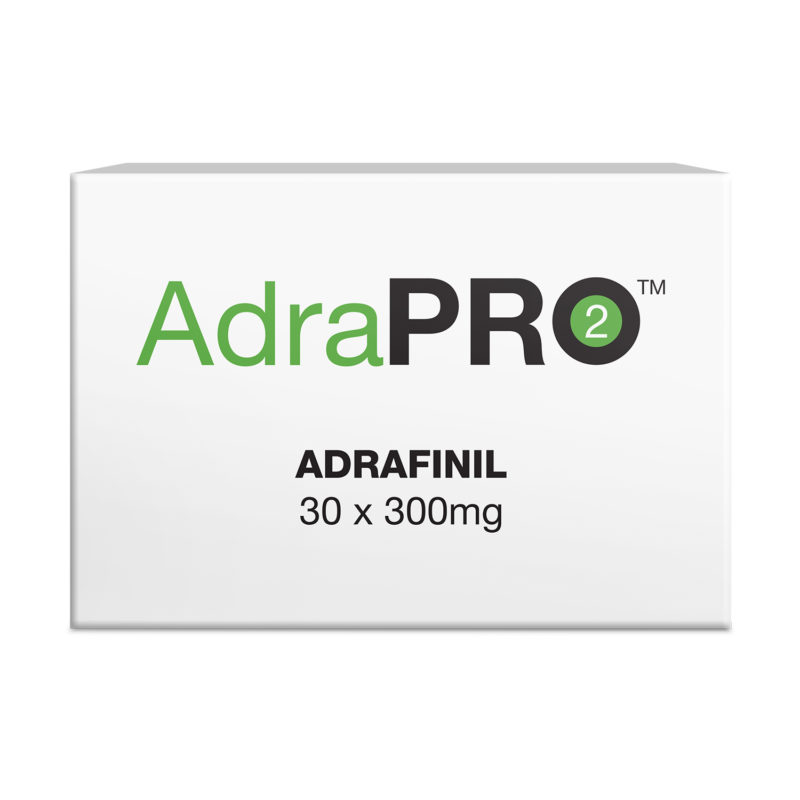